Back in January, Raquel Smith, a high school student from West Bloomfield, Michigan, asked Detroit Pistons center Andre Drummond how many retweets it’d take for him to accompany her to prom.

Smith didn’t reach Drummond’s number, but the 21-year-old went anyway. And he brought a sweet hat, too: 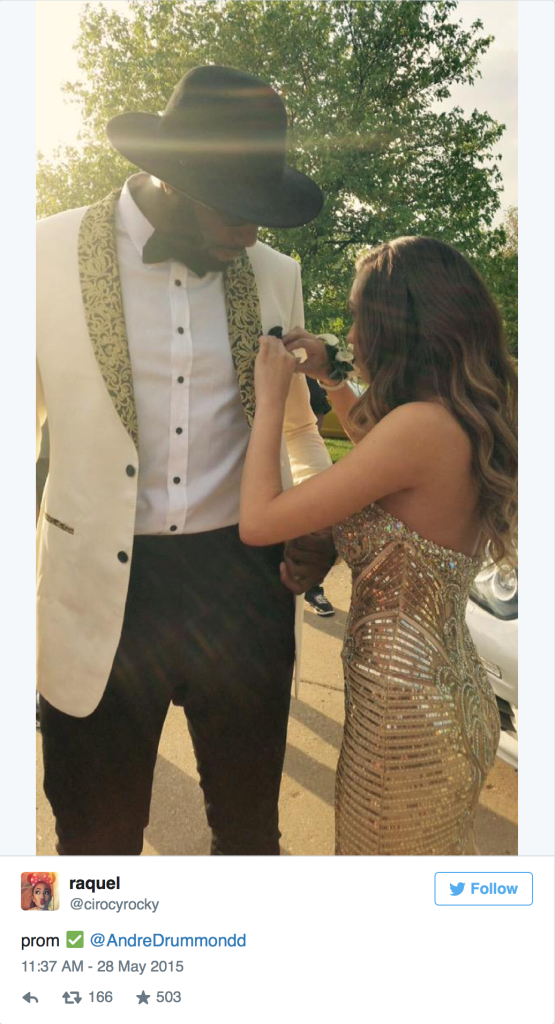 He was absolutely amazing. He stayed at prom almost two hours, was social with everyone, he was very nice. Of course even the adults wanted pictures and he was very accommodating. He was just an unbelievable. Respect, big fella.